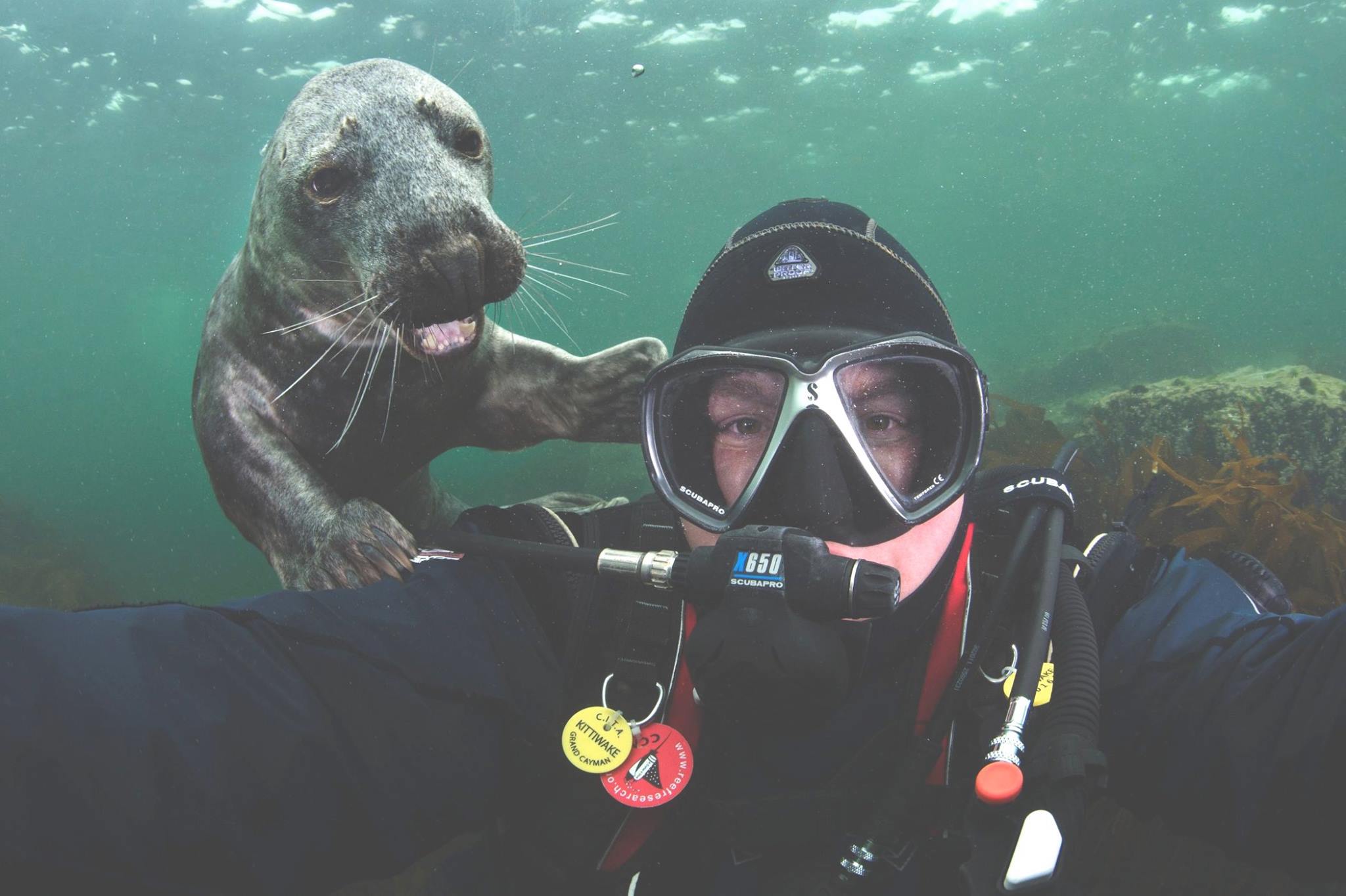 Amazing Places to Dive in Scotland

This year many of the most popular diving locations have been out of bound for Scottish diving enthusiasts so instead of exploring the Great Barrier Reef they have been donning their scuba gear and exploring some of the amazing seas around Scotland. If you are able to brave the chilly waters there are some amazing places to discover around the coastline and between the 900 islands that surround mainland Scotland. From friendly seals to colourful sea gardens that have formed on sunken vessels you may look for diving staycations from now on as you discover the true beauty of Scotland.

The Orkney Islands may be synonymous with Viking legends from the 8th Century with many historical buildings remaining intact allowing visitors to step back thousands of years however there are artefacts from more recent history that makes this island such an iconic scuba diving zone. There is a fleet of around seven German ships from the First World War in 1919 which remains around 35-50 metres deep in the Scapa Flow. These were sunk after the war by Admiral Ludwig to stop them falling into British hands once Germany had lost the war. Although divers are not allowed to take any artefacts from the ships they can work their way around either German light cruisers or the once dominant German Battleships. Also within the Scapa Flow there is a memorial dedicated to the British ships Royal Oak and Vanguard which exploded at anchor however this is only allowed to be visited by British Army personnel. Orkney Is also the location where 90% of Orca sightings happen however you are unlikely to come across them when diving and have more chance of spotting these huge mammals from land or a boat.

The Sound of Mull is often hit by high winds and although there are many hills that help to shield the waters from the treacherous conditions many ships failed to successfully navigate these dangerous waters which has left a sunken museum of shipwrecks from across the years. One of the most famous wreckage sites is Hispania a Swedish Steamer which hit into a rock in1954. This dive can be dangerous and only reached in slack water as the conditions around the Hispania can be very volatile which is why it sank. The wreck is still very much in tact but if you want to really see it at its best summer time will turn the wreckage into a beautiful garden full of life. Anemones grow all over the hull producing a colourful lively environment almost 30m deep in the cold Scottish waters. The Isle of Mull is also home to some amazing wildlife however you will be unlikely to come across the following when diving. Whales, Dolphins and even Basking Sharks can be spotted on a variety of boat trips but patience is key as these animals are a very rare spot. Another animal famously associated with Mull is the Eagles which can be found from the cliff peaks to the sandy beaches. Mull is a place a diver can come again and again and always find something new.

Now if you want to try something new Oban is the perfect place with a variety of specialists and instructors there are plenty of first you are likely to experience there. Oban is one of the best places to get up close and personal with Grey Seals. They are very inquisitive creatures and you can even interact with them if you approach it the correct way. If you want to bolster your Instagram with top quality dive footage then a selfie with a seal is really going to boost those likes. Every diver has been tempted to catch their own dinner when they are in the water but scallops are a rare specialty that only a few have mastered. Oban is the home to some of the best scallops in Scotland and even the top chefs would be jealous of these fresh shellfish. Near Oban we can also find Loch Creran which is perfect in almost any weather as the surrounding hills protect this sea loch from the winds. What has put Loch Creran on the map amongst divers is the serpulid reefs which are bush-like structures that are formed by hundreds of worm tubes. This is the biggest example of serpulid reefs found anywhere in Europe.

Now we may be a little bias on this one but Deep Sea World is a diving experience like no other. The 3m deep main tank is home to so much different wildlife it is difficult to take it all in when you get in the water as Sea Bass swim through your legs and Eagle Rays fly over head. The real selling point has got to be the sharks! Without any cage Sand Tiger Sharks will swim right past you from all directions filling your body with adrenaline. Deep Sea World is also a great place for children to access the world of diving as they will be taught how to use diving equipment and will lie on a suspended platform in the main tank. One of the best things about it is all your friends and family can come along and watch you from the 112m long underwater tunnel where they can get loads of pictures of you with the sharks. Did you know unlike the other dives you need no experience for this dive as all the training and kit is provided by Deep Sea World. This is a great way to first experience the exciting world of diving or if you are an experienced diver a great way to come up close to some true giants of the sea.

At Deep Sea World there is a variety of diving experiences from ages 8+. Find out more about our Shark Encounters and create some memories that you will never forget.