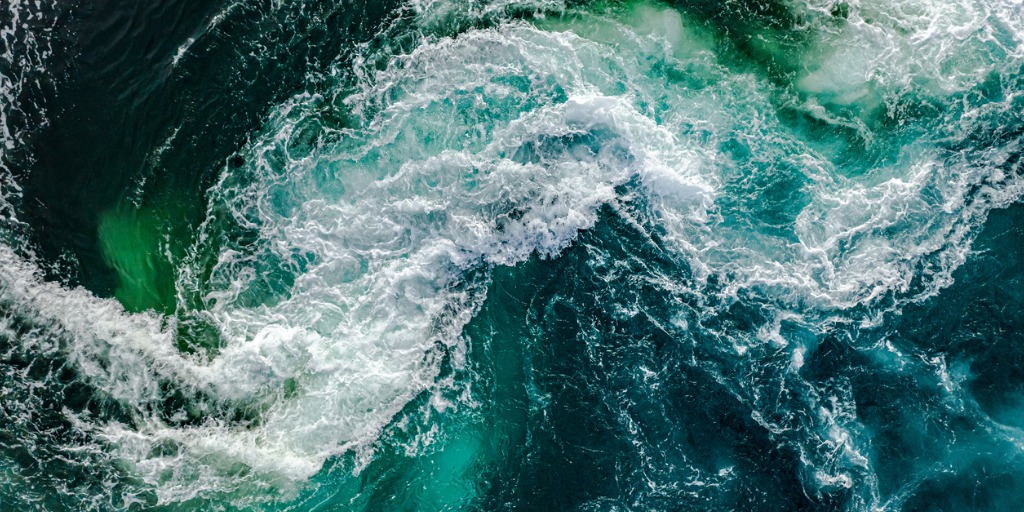 Mysteries of the Ocean We Still Don’t Know

With an average depth of 14,000 feet, the world’s oceans are so vast and impressive that there’s been plenty of strange underwater occurrences through the years. What’s more, these events still manage to have scientists stumped, even in today’s technologically-advanced age. And while we can rule out mermaids and giant squids, many of the mysteries that lurk beneath our waters are sometimes stranger than make-believe.

Below, we’ll take a look at the most surprising mysteries of the ocean that, even after all this time, we still can’t wrap our heads around.

Efforts have continued despite this; the Seabed 2030 project means we now know what 19% of the ocean floor looks like. However, this means there’s still an area twice the size of Mars left to map!

The submarine disappearances of 1968

In 1968, four separate submarines went missing: The USS Scorpion, a Russian submarine K-129, France’s Minerve and the INS Dakar which belonged to Israel, with the last two subs disappearing only four days apart! In particular, it is still unknown what the exact cause of the Dakar’s sinking actually was.

As of 2019, the mystery was somewhat solved when the Minerve was finally found in the Mediterranean – it originally only disappeared an hour away from its home port in Toulon. However, were these disappearances just a coincidence or the result of something stranger? That is the mystery that may take much longer to unravel.

What is life like for submarines submerged on the ocean’s floor? You can discover this for yourself at Deep Sea World. Our USS Apogon exhibit has recreated the control room of the sunken submarine and tells the story of how it came to sit at the bottom of the ocean. You’ll discover how the USS Apogon served in the Pacific during WWII before being sunk during a 1946 atomic bomb test.

Located between Bermuda, Miami and Puerto Rico, the Bermuda Triangle remains one of the biggest mysteries of the ocean. Fifty ships and 20 aeroplanes have gone missing passing through this point in the North Atlantic Ocean, with it being reported that compasses stop working and aeroplanes lose all navigational data when doing so.

All manner of incidents have occurred around the Bermuda Triangle over the years. When explorer Christopher Columbus first sailed the area, he claimed to see a giant ball of light in the sky that crashed into the horizon, making it glow. Since then, many strange events are said to have happened in the area, from boats disappearing without any attempt at distress signals, and in 1945 an entire squadron of US torpedo bombers vanished into thin air.

Scientists have offered answers in the form of especially treacherous waves and human error, but there is still no real answer why this stretch of sea has proven so hazardous.

Although you might think the depths of the ocean would be a calm, quiet place – researchers using special equipment called the hydrophone, have picked up certain sounds throughout history that still remained unexplained to this day.

Two of the most popular, The Bloop and Julia, were both recorded by the National Oceanic and Atmospheric Administration in 1997 and 1999, but no concrete answer has been proven. In particular, The Bloop sound is said to be louder than any known creature – but it is not man-made! So, who knows what kind of beast is making such a racket in the depths of the ocean?

Ever since they were found by a deep-sea diver in 1986, the unexplained structures found in waters off the coast of Japan have puzzled scientists. Nicknamed “Japan’s Atlantis”, there is still some debate as to whether they’re man-made from an ancient civilisation or if they were naturally formed centuries ago.

Nevertheless, even as no definitive answer remains, it’s since become a popular dive spot with tourists looking to experience this intriguing part of the ocean themselves.

Found in the Northern Baltic Sea, a Swedish treasure hunting team came across a circular object in 2011 that had particular structural qualities to it. The object features intricate lines that seem to resemble ramps, stairs and other structures that suggest it was not formed by natural causes.

Of course, it wasn’t long after its discovery that theories began popping up, with some believing the object to be a UFO that had sunk to the bottom of the sea. A popular theory among researchers, meanwhile, was that it is actually a German ballistic object that landed in the sea during WWII. However, the jury is still out and no official verdict on what the object actually is has been recovered.

In something that sounds like it could be from a sci-fi movie, this is a jellyfish that can age backwards when threatened with starvation or injury, transforming its existing cells into a younger state. Although no bigger than the fingernail, its amazing abilities have perplexed scientists, who are still unsure how exactly it manages to cheat death in this way.

However, while scientists have dismissed its ability to do the same for humans, research into its potential to fight against cancer is a lot more promising.

Speaking of potentially living forever, scientists discovered that Greenland sharks can live as long as 400 years – perhaps even longer. By dating proteins from the species’ eyes, they were able to determine their centuries-long age, but they weren’t sure why these sharks seemingly have the secret to long-lasting life.

Some suggest it’s due to the speed of their hearts, which beat much more slowly than those of humans, while others have pointed to their unique immune system that’s found exclusively in sharks of this variety.

Interestingly, despite their name, it’s thought that Greenland sharks also live just about anywhere on the planet. It’s only because humans rarely dive deep enough to run into them that it’s been extremely tough to actually confirm sightings of them around the world.

We hope this article has inspired you to explore these mysteries of the deep in even greater depth! Looking to experience the oceans for yourself? Join us for an exciting day among some of the world’s most exciting marine life. For more information or to book your tickets, visit the Deep Sea World homepage or give us a call on 01383 411 880.