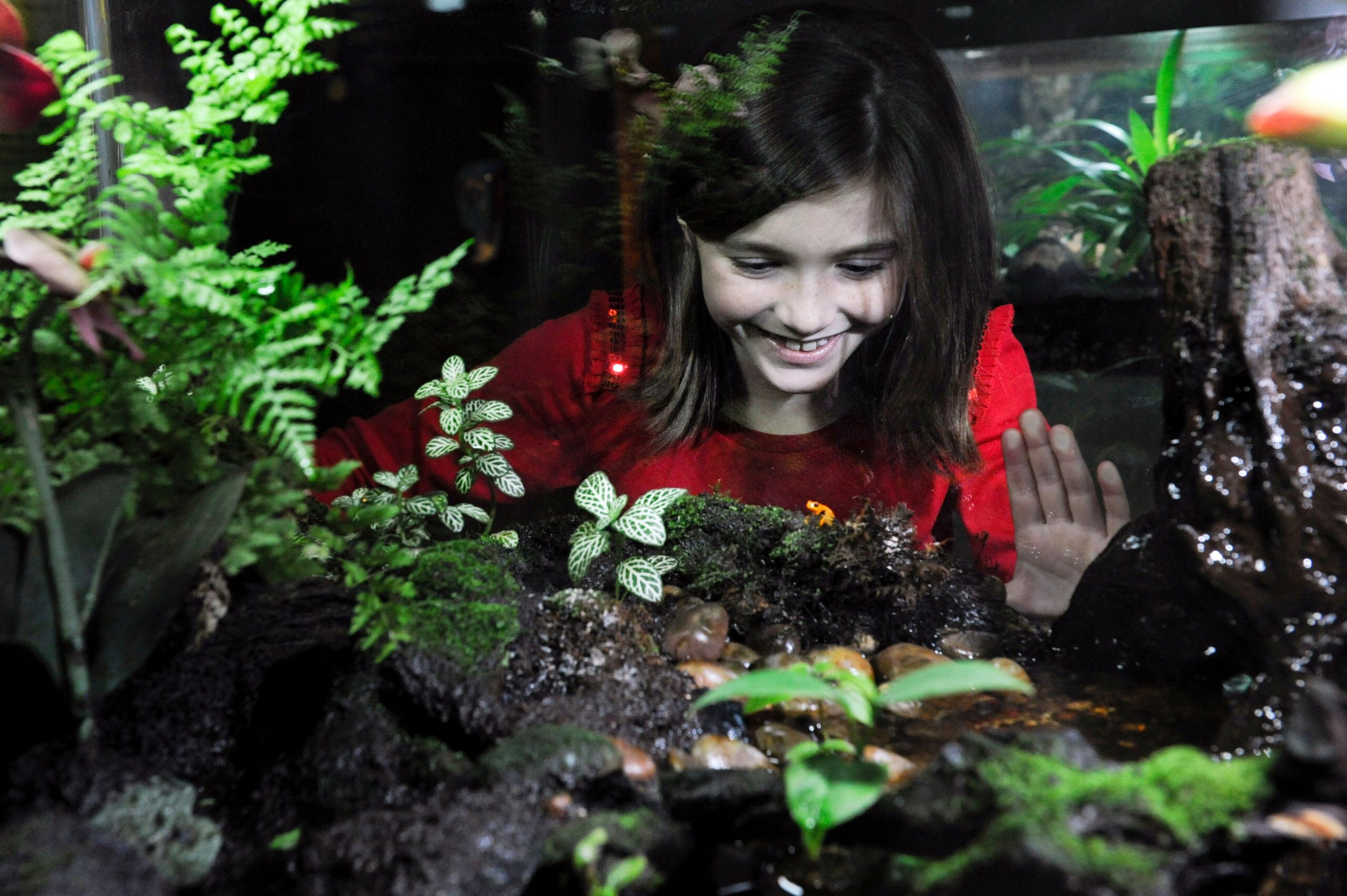 A temple is created as a place of worship and appreciation and this is our way of bringing affection to the often looked over amphibian. Frogs account for 86% of all amphibians with over 6300 species who can be found almost all over the world with the only continent untouched by these hoppers being Antarctica. When you enter into our temple you will need to have razor sharp focus to see some of the allusive species which often blend into their surroundings or hide in the foliage.

As well as our colourful range of frogs and toads the temple of frogs has a monster to protect it’s walls. Godzilla a giant alligator snapping turtle has moved from the swamp into his new luxury tank. Although he is large he is a master of disguise but if you visit on a Tuesday you will see how deadly he can be when he gets fed at 11:00am along with all the other frogs. Temples are famed for mystery and legend and both can be found in our Axolotls. These evolutionary anomalies posses great powers with the ability to regenerate limbs which helps to ad more mystique to this eccentric temple.

Although modern day culture often shows frogs as ugly negative creatures but in ancient Peru frogs were worshipped and can often be seen in ancient art. In Panama, local legend held that good fortune would come to anyone who spotted a Panamanian golden frog. Some believed when one of these frogs died, it would turn into a golden talisman known as a huaca. Today, despite being extinct in the wild, Panamanian golden frogs remain an important cultural symbol

“Frogs don’t need to drink water as they absorb it through their skin.”