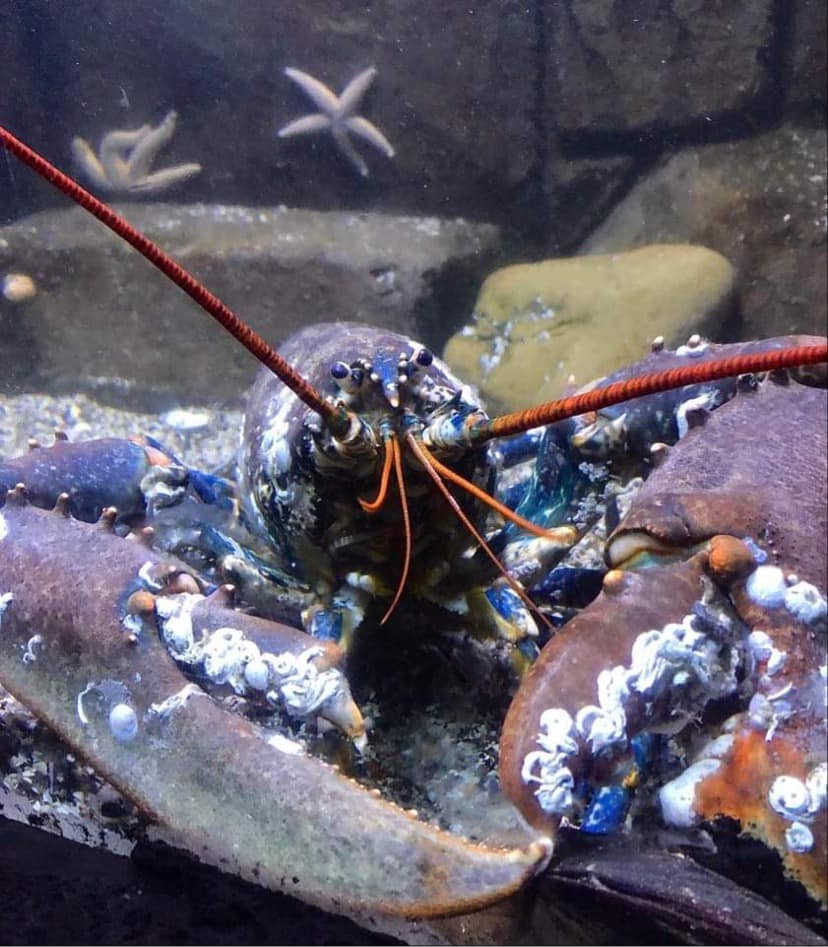 European lobsters, in addition to the Mediterranean and Red Sea, are commonly found all across the UK coast. They are comfortable in generally shallow waters where the sea floor is rocky and muddy. There have been attempts to introduce the European lobster into other areas of the world but these have all been unsuccessful.

People are often surprised when they sea how blue lobsters are as they often associate them with a bright red look. This red colour only appears when cooked as the heat breaks down the proteins in the lobster. When alive they do a have a little bit of pink at the end of their claws. Each of their claws look different and are used for different functions . The crusher claw is extremely powerful and can break down hard shelled crustaceans and the cutter claw can be used to cut up softer prey with it’s sharp inner edge.

Through the Summer female lobsters will become softer and this will be when they carry their eggs. This is called moulting and can last up to 6 months. Female lobster have very little interaction with their young. Their eggs hatch during the night and are washed away. For safety the larvae bury themselves in the sand and only reappear when they are adults.