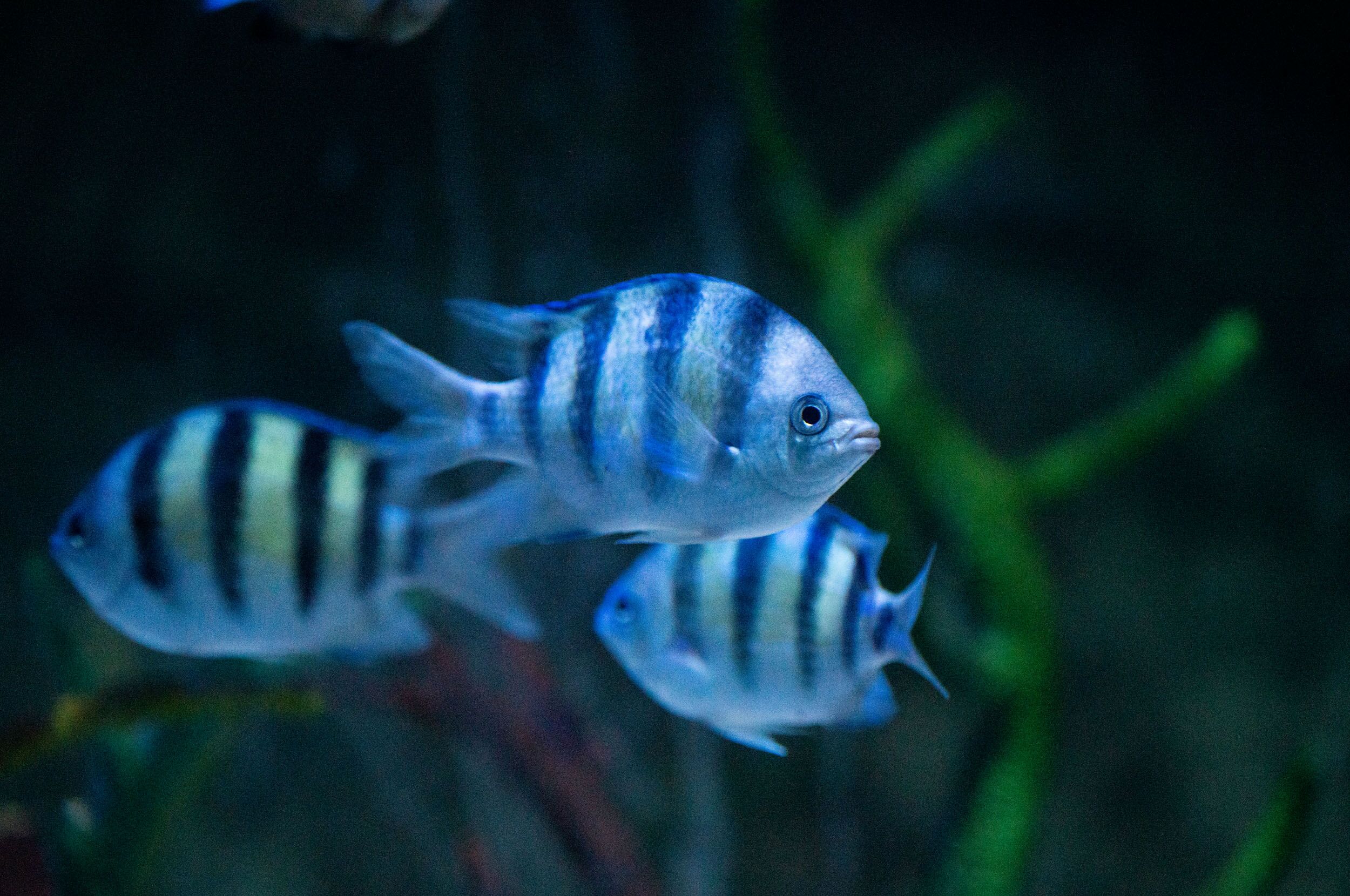 Sergeant Major is found worldwide in warm waters. In the Atlantic Ocean, this fish occurs from Rhode Island (U.S.) to Uruguay. It is quite abundant on Caribbean Sea reefs as well as around islands in the mid-Atlantic region. In the eastern Atlantic Ocean, its range includes Cape Verde, along the tropical coast of western Africa, south to Angola.

This small, flat, oval shaped reef fish has five distinct black bars on its sides. While in sandy areas and over reefs, it is in its light phase, generally silvery grey with a yellow sheen along its upper sides; and when hiding in a cave or crevice, it enters its dark phase, with its body going darker grey blue, almost blending in with its dark bars. Within Krakatoa you will be able to see the two different colourations which are so different that you may not even think it is the same fish.

The colouration of the sergeant major is very important to their adaptation. When protecting their young which can be up to 200,000 eggs the males become a dark blue however this will rarely be seen as they eggs only take around 140 hours to hatch. Another way these fish use their colours is when they swim in large schools they can appear to be much bigger in size which can ward off predators. 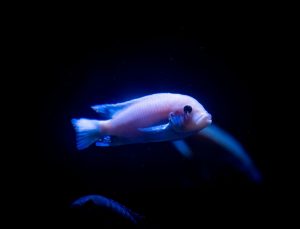 When young Cichlids are scared they sometimes hide in their mother’s mouth. This must make meal times difficult when children keep climbing into their mouths!