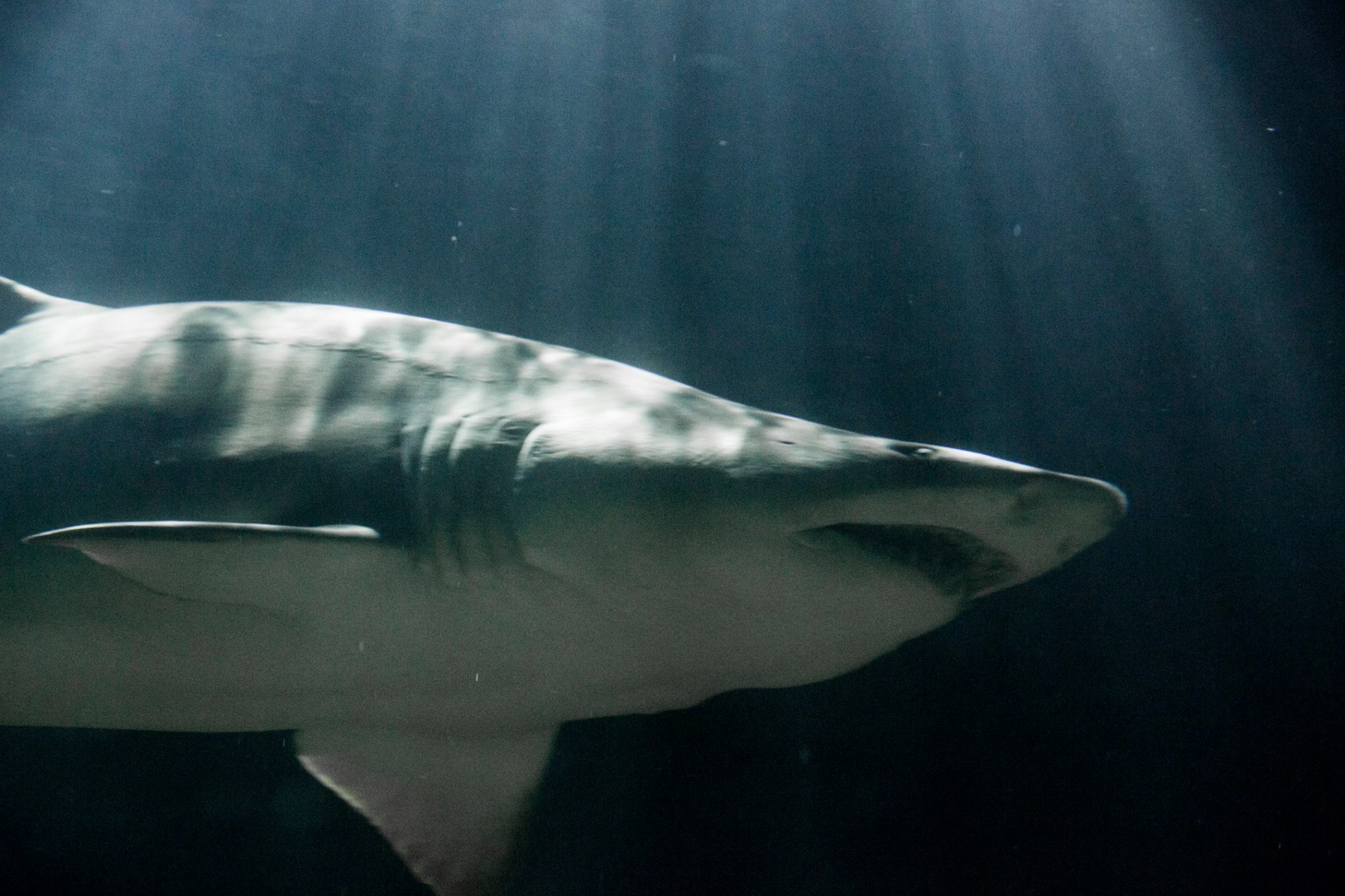 Don’t fear our Sand Tiger Sharks are much friendlier than they look!

Deep Sea World Boasts one of the Largest Collection of Sand Tiger Sharks in Europe with 6 all of whom have different personalities and traits.

Sand tigers are the only shark known to come to the surface and gulp air. They store the air in their stomachs, which allows them to float motionless in the water, seeking prey. They are voracious predators, feeding at night and generally staying close to the bottom. They mainly eat small fish, but they will eat crustaceans and squid as well. In the wild they tend too eat once every two weeks but at Deep Sea World we feed our sharks every Wednesday and Saturday.

Like most sharks, sand tigers are able to detect electrical signals emitted by potential prey in the water column or substrate with specialized electrosensory organs on the sides of their head and lower jaw called ampullae of Lorenzini that enable them to find prey in murky water. They also have acute senses of smell, touch, and hearing. They have good vision, are very sensitive to low-light conditions, and are able to discriminate between light and dark objects. Their adaptations of electrical reception, smell, and hearing combine to make them efficient and feared predators.

Although strong predators they are vulnerable in the wild with populations decreasing a variety of reasons have caused this one of which being the low reproduction rates within the population but the biggest danger is humans. Sand Tiger Sharks are hunted for their fins to make shark fin soup and the increased pollution to their habitat is destructive to their survival. 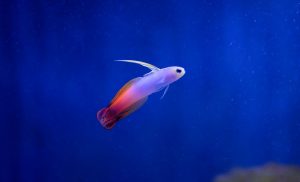 Firefish have a swim bladder, which allows it to hover in one location for extended periods with its head pointed upwards.