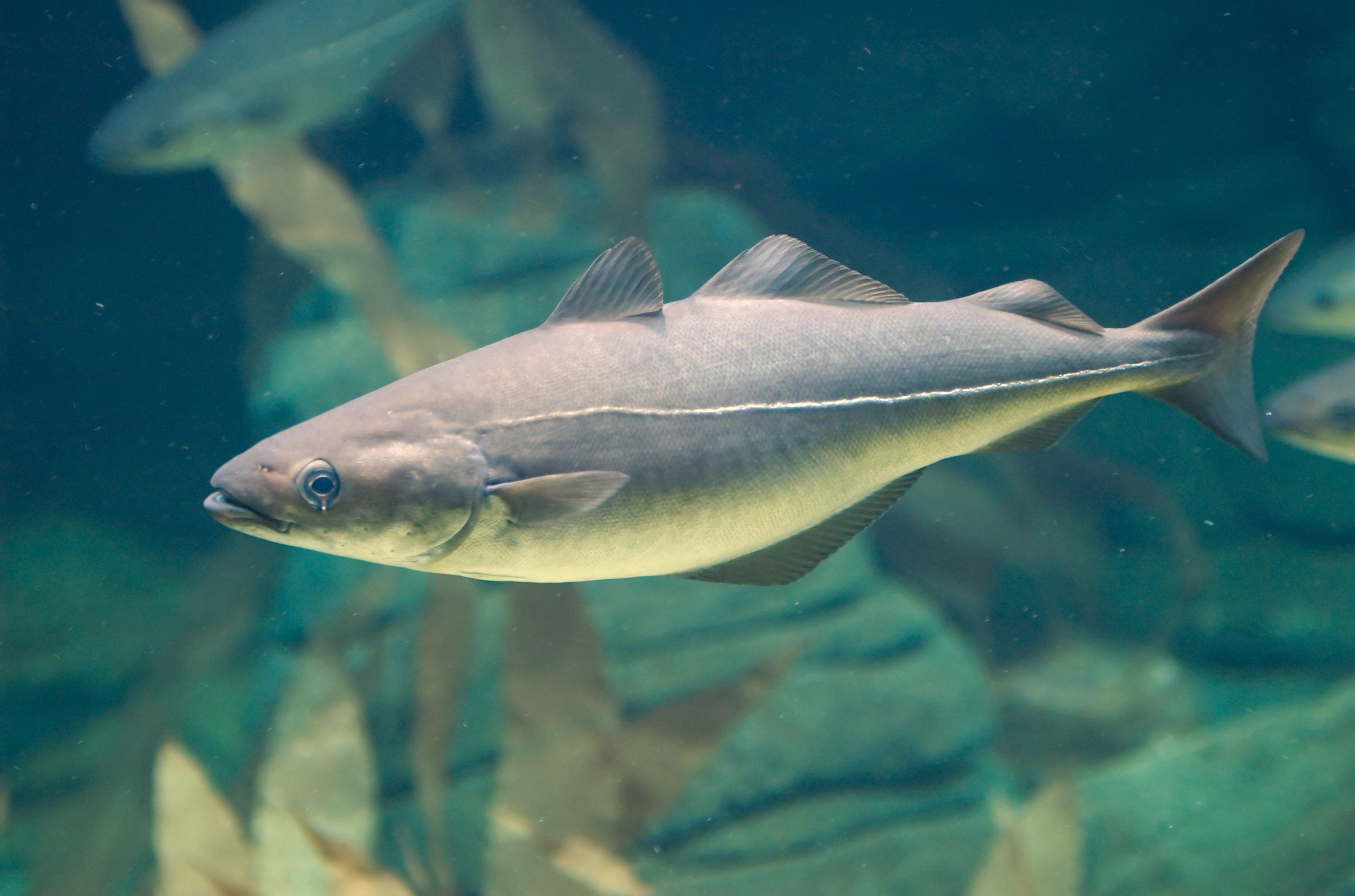 What a load of Pollocks!

Pollock are mainly found throughout the Atlantic Ocean with concentrated groups being commonly found in the Bay of Biscay in Europe and throughout the UK and Ireland. Throughout their life pollock change their habitats. Juveniles prefer shallow rocky waters where they are able to hide from predators, however once fully grown will venture out into deeper more open waters.

Pollock are good hunters with big eyes to allow them to spot prey far in the distance and a big mouth to capture their prey. Their bodies have a torpedo-like elongated shape to allow them to cut through the water. Similar to the other fish in the underwater tunnel they have dark grey to silvery coloured scales, with lighter coloured flanks and underbellies.

Pollock have always been used as an alternative to cod and haddock in cooking however with the increasing concern of these two fish being overfished pollock has become more common in restaurants and supermarkets. Within Fishing circles Pollock is known as a difficult catch as it is strong and once hooked will dive into rocky areas and thick kelp forests making them difficult to reel in.