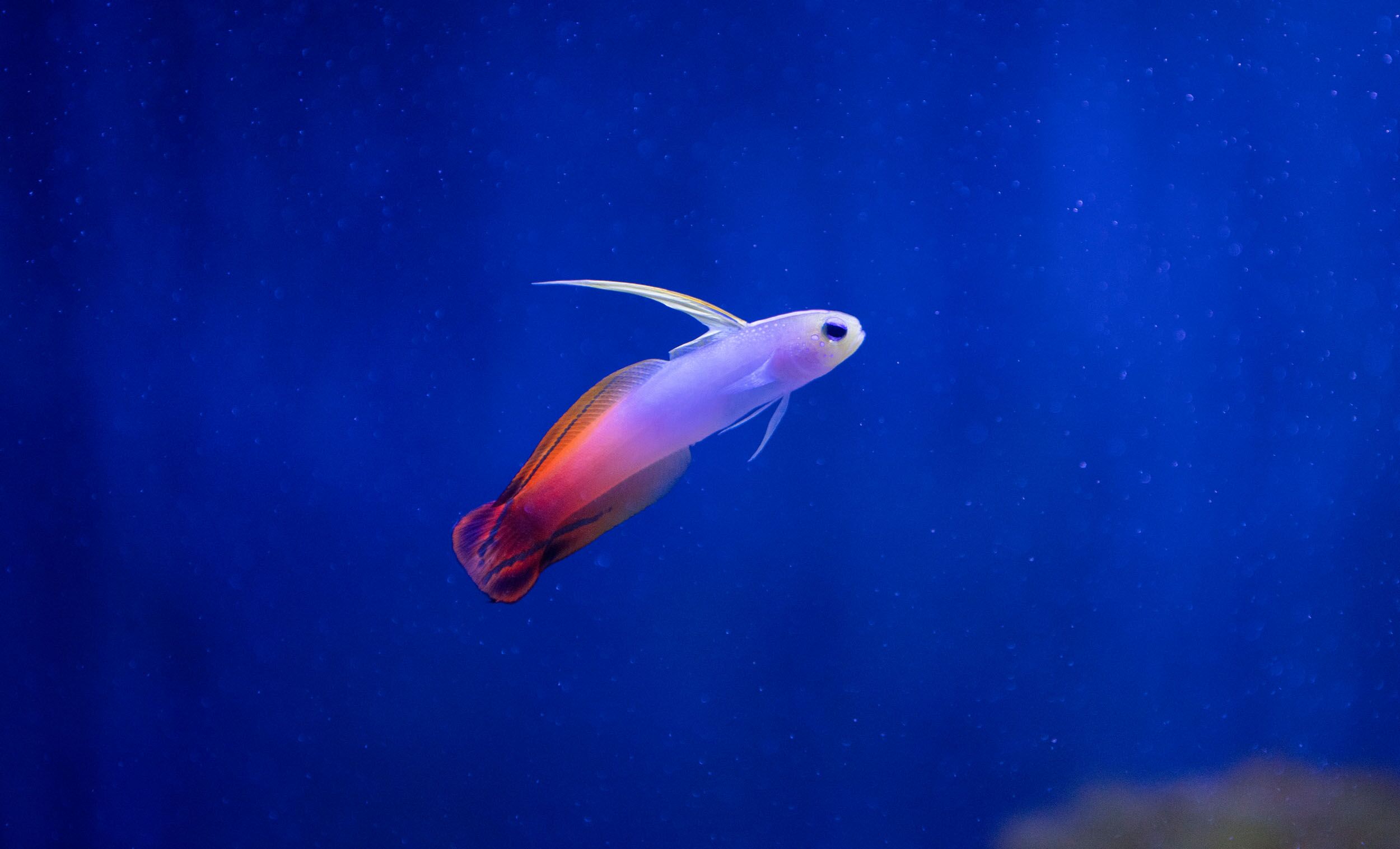 These speedy little fish are fast but you’ll easily spot them with their red tails and unique body shape,

Our firefish are members of the the very colourful dartfish family. The name “dartfish” comes from this fish’s habit of darting quickly back into hiding whenever it feels threatened or frightened. It spends its days flitting around the aquarium, then suddenly diving into cover. It is an inhabitant of reefs where it can be found at depths from 20 to 230 feet. It is usually found just above the bottom, facing into the current, where it awaits its prey of small invertebrates.

The firefish goby is native to the Indian and Pacific oceans from the eastern coast of Africa to the Hawaiian Islands and from the Austral Islands north to the Ryukyu Islands. In the wild, this fish can be found in groups hovering above the reef, close to its numerous hiding places 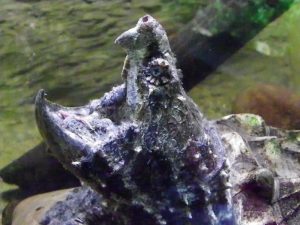 With a bite force of 1,000 pounds, the Alligator Snapping Turtle’s powerful jaws can snap through human bone. Our Aquarist keep their hands well away from Godzilla!