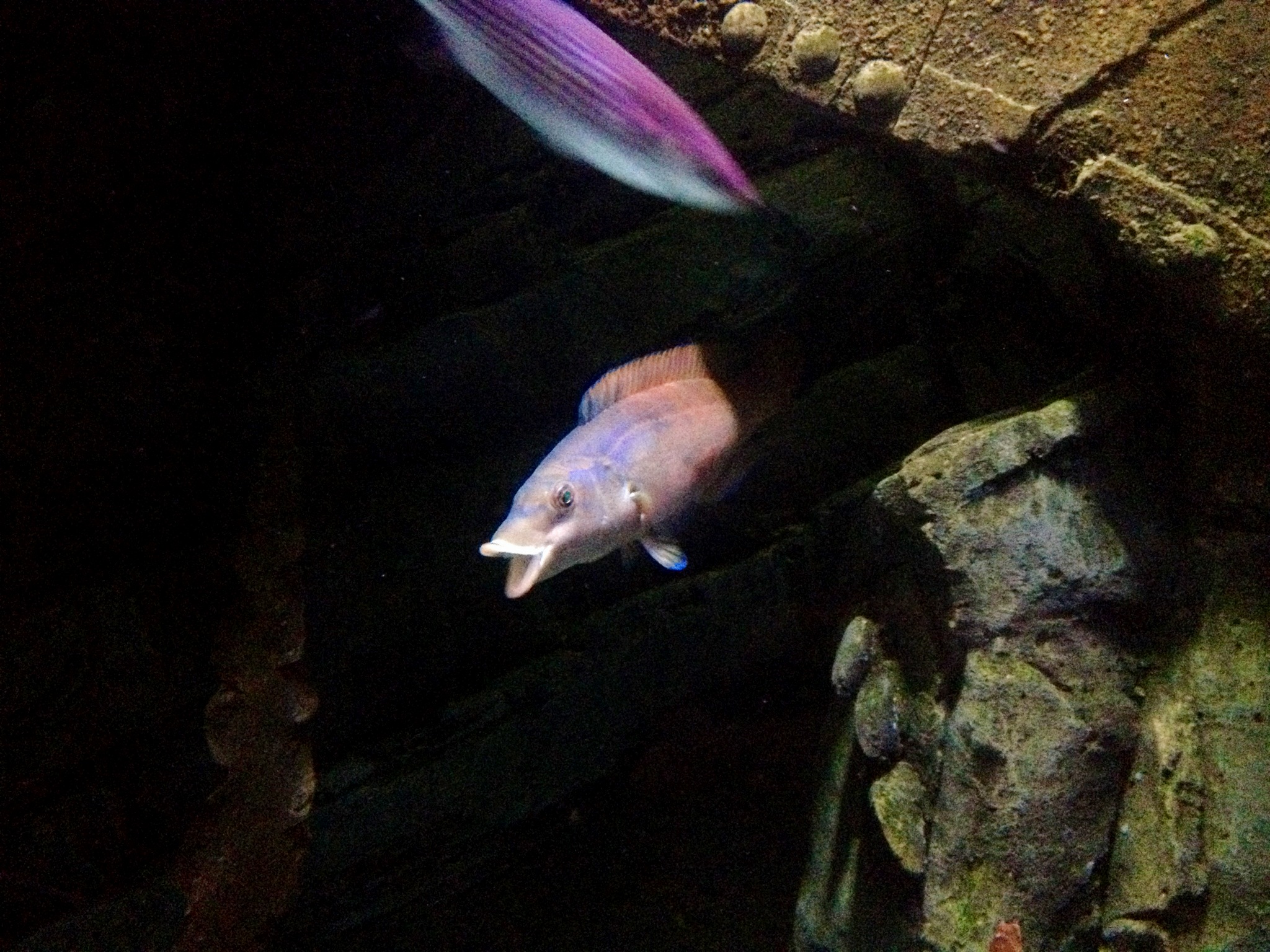 This tropical looking fish isn’t lost it loves to live in cold water around the UK.

The Cuckoo Wrasse is native to the eastern Atlantic Ocean from Norway to Senegal, including the Azores and Madeira. Similar to other wrasse found around the UK the Cuckoo Wrasse prefers to live in rocky coastal areas where it can find shelter in the crevices.

Cuckoo Wrasse are a large, slender fish. Their colourful markings make them unmistakeable. The female is orangey-pink with black and white spots on her back and the male has electric blue markings on his head and back. All Cuckoo Wrasse are born female with one from the group turning male. if that male dies the most dominant female will become male and in turn change in colouration.

Cuckoo Wrasse have a special ritual for preparing the nest, during which they collect small stones or find a rocky area and, after cleaning it with their teeth, they bind the rocks with seaweed and mucus. When the nest is ready, the male invites the female to lay her eggs, which he then fertilises and guards until they hatch. Similarly to Ballan Wrasse these fish have really strong lips for pulling crustaceans into their mouth and strong teeth in their throat to crunch the hard shells. 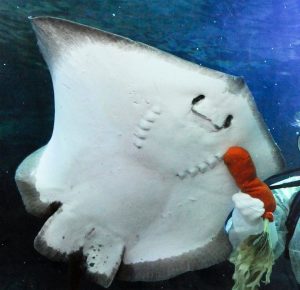 Ancient Greek dentists would use the venom of a Common Stingray to numb their patients’ mouths. No wonder people are scared of dentists.