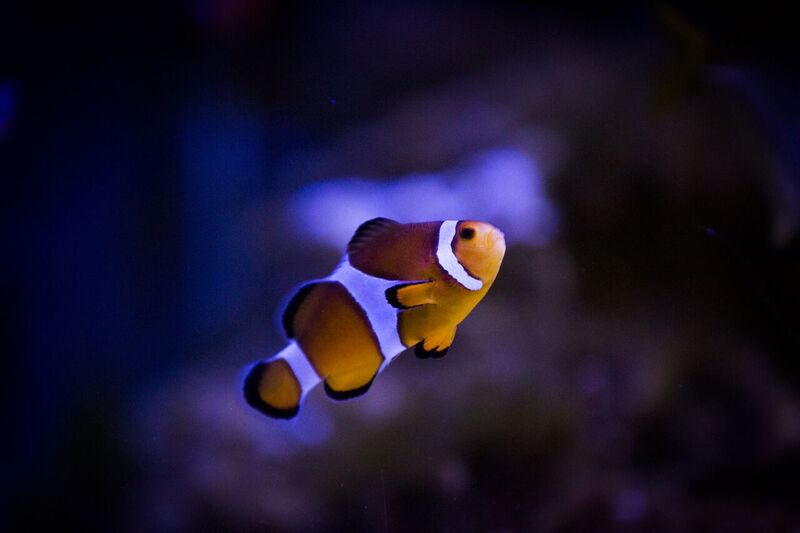 We have found everyone’s favourite little tropical fish. it’s not everyday you can meet a movie star.

All though they are only small our clownfish are one of the most loved fish in the aquarium due to the popularity of the family film Finding Nemo. The are easily identified with their bright orange bodies and the three defined white stripes. Often found in the coral reefs off the shores in Australia and southeast Asia, some have been found as far North as southern Japan.

Clownfish keep themselves safe by living in anemone’s which tentacles have stinging cells called nematocysts that release a toxin when an animal touches it. Clownfish have however managed to build up immunity to theses toxins by carefully touching different parts of their body to the tentacles. Clownfish develop a layer of mucus around their body which helps protect them, giving them the ability to pass through these anemones without injury. 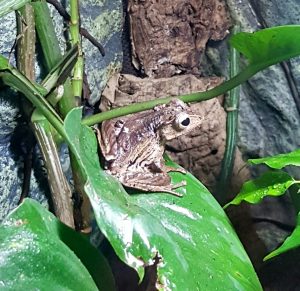 Borneo Eared Tree Frog females will construct a foam nest and attach it to plants above the water. When the tadpoles hatch, they fall right into the