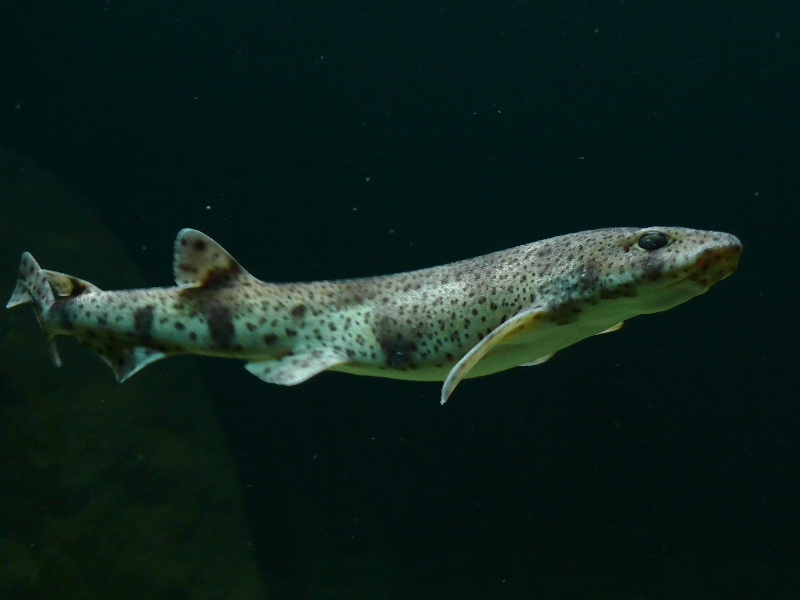 Don’t worry these sharks aren’t dead they are just resting so they can stay up all night.

Bull huss is a member of the shark family which is found predominantly around the southern and western coasts of the Britain. Bull huss tend to feed more at night, spending the days hidden away in cracks and crevices in rocks, or seemingly ‘asleep’ on the seabed. They generally prefer deeper water and rockier ground but it will move into quite shallow water to feed if food is available there. When you enter the underwater tunnel you will likely see a group lying above you on the glass.

Small Huss are often misidentified as dogfish. Both species are very similar in appearance, however the bull Huss grows over 5 times the size of it’s smaller family member the dogfish. The upper side of the body on both species is usually light brown covered with darker spots, with a white underside. Both lesser and greater spotted dogfish can appear much lighter or darker depending on habitat. bull huss has Y-shaped teeth which become gradually smaller and more angled further back in the mouth, in large bull huss these can be rather sharp.

Although not specifically targeted Bull Huss are often fished by anglers as a by- catch. Due to the devastating impact of commercial fishing practices, this species is now listed as near-threatened by the International Union for Conservation of Nature (IUCN). Unlike many fish in UK’s waters the Bull Huss has many tools to defend themselves. Apart from their razor sharp teeth their skin is very rough and they have been known to wrap their tail around arms and grate their skin against it causing great damage. 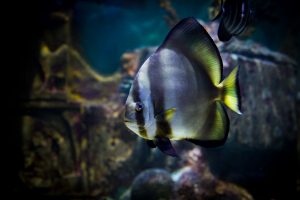 Orbicular Batfish will often follow sea turtles around to eat their faeces. Now that is a strange afternoon snack!