Important : A message for those of you considering a visit to Deep Sea World whilst there are concerns around the world with Coronavirus (COVID-19).

An interactive ‘Aim’ that highlights the key words and learning objectives for that particular class.

A series of interactive games and demonstrations that require the children to work together and also put forward their own ideas.

The chance to come face to face with one of our creatures that we have learnt about (starfish or crab).

A review in the form of quick quizzes and active demonstrations of how much they enjoyed their experience.

This class is for nursery and early primary school pupils and is all about pollution in the ocean.  Pupils will be taught all about what plastics are and why they are bad for the animals in our waters through an interactive game that lets them see how much plastic there is currently in our oceans and how fish and humans may eat this.  ! 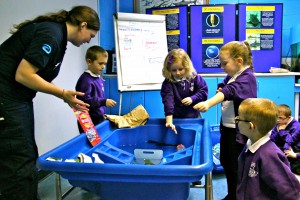 This Class is focused on one of the biggest problem effecting Scottish Oceans. Nurdles!  For such and important issue there is very little in the media about the topic however you will become experts in this class about nurdles.  Nurdles are a micro-plastic which pupils will learn about and discover why these are bad for the animals in the sea.

Your Class will take part in an interactive nurdle hunt where they will learn how to identify these micro-plastics and what we can do to help reduce their presence on beaches and in the Ocean. 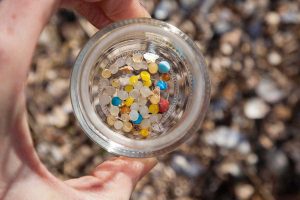 This fun and interactive class covers introductions to Food Chains and Food Webs. The children end up all of a tangle once they have created their own Food Web and get the chance to demonstrate a Food Chain in front of the rest of the class. After they have de-tangled themselves they get to learn about a creature in their food web and even the chance to come face to face with them! 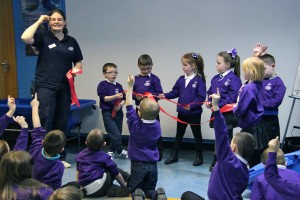 Animals throughout the years have had to adapt to their environment in many different ways.  In this class pupils will learn about some of the different ways that animals have changed physically to survive against predators and their ever-changing environments.

The pupils will then have the opportunity to put what they learned into practice in our Virtual Aquarium.
hey will draw their own fish with adaptations to fit their environment and see their creations swim around. 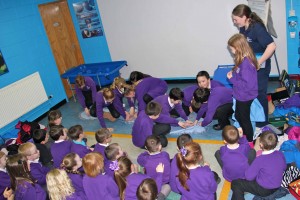 In this Class we will discover the difference between a predator and their prey and investigate how they fit into different food chains.  We will look at how different animals hunt and what attributes give them the ability to be the Apex Predator in their environment.

The pupils will join in to see weather we can identify different predators and uncover if any animals are both predators and prey. 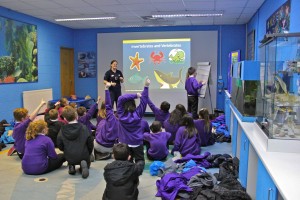 When asked to think about a shark, most people picture “Jaws” a man eating shark. Here at Deep Sea World we will dispel this myth. Many shark species are endangered and need protecting.  We will learn about how sharks as a species differ from other marine life and more about the anatomy and conservation of our Shark population. 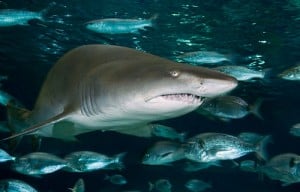 Our Secondary Classes are all new for this year and will run as hour long sessions.  The classes will be taken by one of our Aquarists who specialise in marine conservation and environmental factors which effect our oceans.  These sessions will include an interactive talk and will test the class learning with an experiment or challenge.

In this class we will breakdown what climate change is and what are the real impacts that this is having on our environment.  The pupils will look at the factors that have been harming the planet and ways in which to combat further damage.  This class will also discuss what ocean acidification and although less publicised than climate change has been a key factor in damaging the ocean and cause some creatures to migrate or become extinct.

New for 2021 – Biodiversity and Pollution

In this class we will look at the volume of pollution that is created and how this becomes part of the ocean.  the class will discover the harmful effects pollution has on the animals and how the effects of one animal eating a dangerous substance can be passed through the food chain and end up in Apex predators such as sharks and even humans.

The class will look at the importance of biodiversity within different environments and how pollution has caused some animals to become extict changing food chains and having a negative effect on the biodiversity of the environment.

New for 2021 – Adaptation and Evolution

In this class we will look at how the changing natural environment has meant that many different species have had to change to survive whether this be through a physical modification or as a group change behaviour.  this class will uncover how some species have failed to adapt to their surroundings and how this caused them to become extinct.

The pupils will look at different predators and how they have had to evolve and and adapt to the different prey available in different environments and how some animals lower in the food chain have found ways to avoid their predators whilst continuing to sustain themselves by hunting.